By Cleveland Hungarian Museum on December 1, 1999 in Memorials

Members and Friends of the Hungarian Heritage Museum and Society sadly mourn the loss of Board Member Margaret Dósa. ‘Margit’ was also a beloved member of the Hungarian – American community of Cleveland, Ohio. 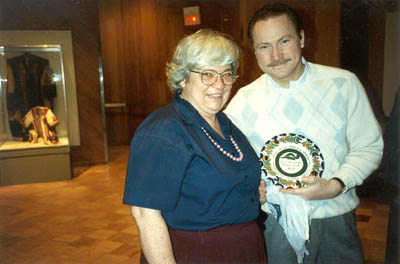 Margaret – Margit – Dósa, with Andrew Lázár, Cleveland Hungarian Heritage Museum Exhibits Director, in 1992, with the special commemorative plate she created for the Museum’s special off-site exhibition at the Cleveland Museum of Natural History. 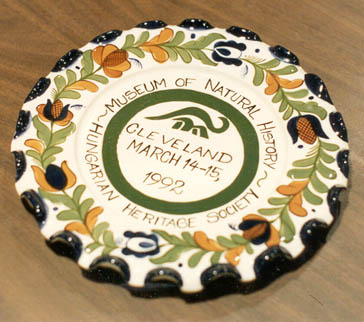 Close-up view of the commemorative plate

Given her work with many organizations, especially the Hungarian Scouts in Exteris, she was also a well-known member of the Hungarian-American community of the USA & Canada. Margit was also a world traveler, having worked in the travel industry for many years. 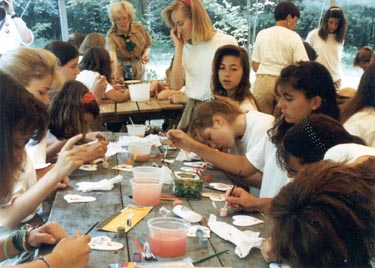 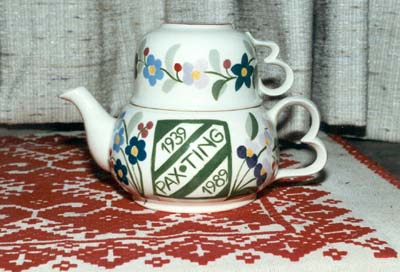 Commemorative teapot & cup, made for the 50th Anniversary of Hungarian Girl Scouting and Jubilee Camp,held at the Sik Sándor Scout Farm in Fillmore, NY, July, 1989.

Margit Dósa was also a well known and prolific folk artist, specializing in embroideries and ceramics focusing on traditional Hungarian designs. She exhibited her creations at many art and craft fairs, as well as at Hungarian events. Some of her creations were on display or on consignment and sale at the Cleveland Hungarian Heritage Museum Gift Shoppe.

Margit’s art was also very innovative, in that not only did she create the art forms common in Hungary, such as pillow slips, clothing, bottles, vases, flasks, and plates, she often incorporated centuries-old Hungarian designs into modern, but practical, American items such as mug trees, spoon rests, and desk sets. Only a tiny sampling of her bounteous works is included in these memorial pages.

Some of her work is still available for viewing and/or purchase the Hungarian Heritage Museum in the Euclid Square Mall. When her remaining pieces are gone, there will be no more, but Margit’s folk art items will remain treasured tokens of the Hungarian-American love and care with which she created them. She is sorely missed, but will remain forever in the hearts and memories of her family and friends who loved her. 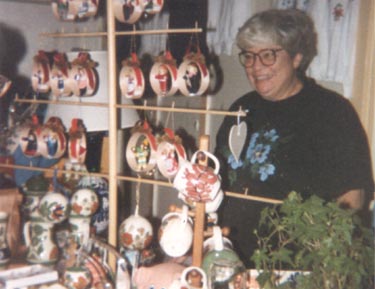