By Cleveland Hungarian Museum on October 8, 2011 in Programs

The first program of the 2011-2012 Lecture Series was held on Saturday, October 8th, 2011, “Cleveland’s Buckeye Neighborhood.” Author John T. Sabol shared with the audience the research behind his book on the Buckeye neighborhood, and signed copies. 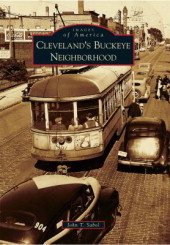 “Although it has been called “Little Hungary” or “Little Budapest,” Cleveland’s Buckeye Road neighborhood exceeds that description. A more apt moniker might be “Little Danube.” Like the Danube, Buckeye’s history has flowed through a multicultural immigrant community and into a modern urban neighborhood striving to make its mark. Fueled by the industry of its first settlers in the 1880s, the district spread from what is now Buckeye Road and Woodland Avenue to the border of Shaker Square. Shops, restaurants, taverns, and other businesses too numerous to count flourished. The Buckeye neighborhood became a commercial center to serve immigrants and their families who worked at the factories that dotted Buckeye’s west end. Community life was refueled over the years by waves of immigrants–mainly from Hungary–fleeing various tides of oppression in Europe. As the 1970s approached, Buckeye, like many Cleveland areas, became a victim of urban flight. Today residents and businesses, along with the Buckeye Area Development Corporation, are working to create and sustain another resurgence in this grand neighborhood.” [from Amazon.com]