By Cleveland Hungarian Museum on March 12, 2011 in Programs 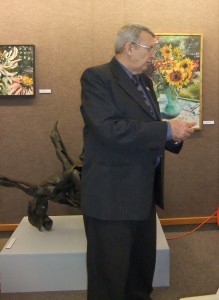 Mr. Ede Altmann, Hungarian architect, soldier and world traveler shared with the audience
his experiences while working and traveling in the Mideast.

Mr. István Kopár, Hungarian sailing enthusiast, shared with the audience
the challenges and experiences of sailing solo around the world in the southern seas.

Saturday, March 12, 2011 featured the third in our lecture series: Hungarian Adventurers and Explorers.
“Exploring the Unconscious Mind”. The presenter was Dr. John Nádas. His presentation explored the following questions:

Are you in control of your mind? Do you know what is buried deep in your mind, controlling your thoughts, behavior, and emotions? Find out how you can discover your unconscious fears, joys, and insights. Dr. John Nádas, M.D. is a practicing psychiatrist and the author of many books.

Saturday, April 16, 2011 featured the fourth in our lecture series: Hungarian Adventurers and Explorers. “The Lure of the Mountains”
by Dr. Piró Kramár, M.D. 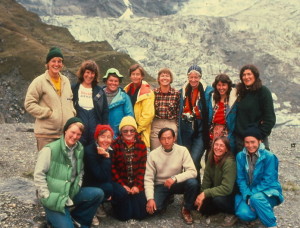 The story about the first American ascent of the Himalayas, to the top of one of its highest peaks called Annapurna is a dramatic one. A 55 km (34 mi)-long massif of which the highest point, Annapurna I, stands at 8091 m, making it the 10th-highest summit in the world. The American Women’s Himalayan Expedition became the first American team to climb Annapurna I. The team reached the top on October 15, 1978. The team’s physician, Hungarian-born, Dr. Piro Kramár who is an eye-surgeon, was an integral part of the team and participated in this adventure, leaving her ophthalmology practice behind to participate in the climb.

Psychologists have adopted the term “flow” to characterize the mental state in which a person in an activity is fully immersed in a feeling of focus, engagement, and full involvement in the process of the activity. The term was first used by Dr. Mihály Csíkszentmihályi, and flow is complete focus on achieving a goal; it represents perhaps the ultimate in harnessing the emotions in the service of performance and learning. The hallmark of flow is a feeling of spontaneous joy, even rapture, while performing a task. After studying numerous professions, mountain climbers and surgeons are known to experience flow most frequently. Dr. Kramár is both. She presented reflections about her background and her development that enabled her to take on the ascent of Annapurna I.

This particular lecture was also cross listed with the events and sessions of the 36th annual AHEA (American Hungarian Educators Association) Conference held April 14-17, 2011 on the campus of John Carroll University in University Hts., (Cleveland), OH.

Ms. Marge Kotnik has done extensive research into the life of this amazing 18th century American Revolutionary War hero who was born in Karcag, Hungary.

On May 11, 1779, Colonel Michael Kovats de Fábriczy gave his life in the American War for Independence, while leading the Continental Army cavalry he had trained in Hungarian hussar tactics against a British siege of Charleston, North Carolina. Each year on May 11, the citizens of Karcag commemorate Colonel Kovats as a hero of the American Revolution during a week of memorial services, games, and festivities.

On May 11, 2004, a delegation of the Cleveland Hungarian Heritage Society (CHHS) presented a statue of American Revolutionary War hero Colonel Commandant Michael Kovats to the citizens of his birthplace, Karcag, Hungary (pronounced. They also deliver ed a proclamation, issued by the United States Commission for the Preservation of America’s Heritage Abroad, created by the U.S. Congress, that recognized Colonel Kovats as a foreign-born hero of the American Revolution, and identified the statue as a monument to a foreign-born hero whose memory is worthy of preservation as a part of America’s heritage abroad. 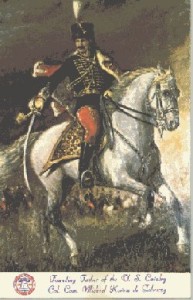