By Cleveland Hungarian Museum on May 28, 2010 in Exhibits

Mr. Laki’s presentation was on Hungarian Classical Music Composers
with special emphasis on Ferenc Erkel on the occasion of
the 200th anniversary of his birth. 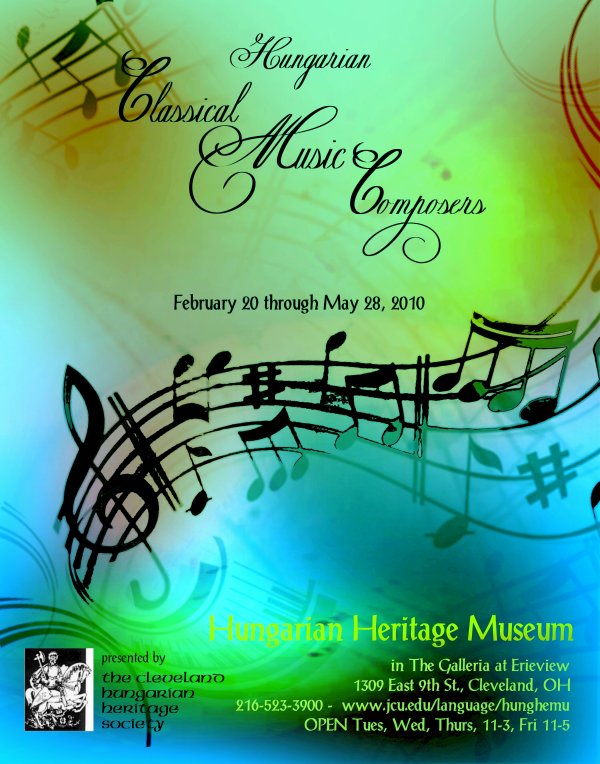 The exhibit highlights 45 Hungarian composers who profoundly influenced many generations and continue to be a source of inspiration to contemporary composers in the 21st century.

with links to numerous web sites featuring many of the composers Spanning across 500 years and a wide range of styles from Renaissance through Classical, Romantic and Contemporary

the wildly popular “God of the Piano,” Ferenc Liszt three time Oscar winner Miklós Rózsa internationally recognized Antal Dorati, Kodály and Bartók, who helped change the sound of music in the 20th century the most significant modern composers Farkas, Szöllösy, Kurtág and Ligeti and the many others whose lives and accomplishments impacted not only Hungarian classical music but music around the world

Celebrating the 200th anniversary of his birth