By Andy Meszaros on January 22, 2020 in Advertisement 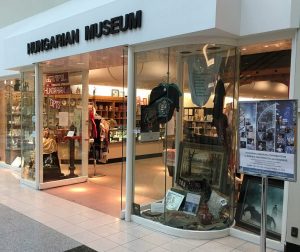 We are pleased to announce that the Hungarian Museum will be open two days a week, Thursdays and Fridays, beginning on July 2nd. This first step in reopening our Museum to the public invites visitors to explore the rich material on exhibit and also to browse through the lovely items in our Gift Shop. We are mindful of the care we need to take to ensure the safety of all our visitors, and are following specific guidelines for reopening museums in Ohio. If you wish to call for an appointment visit, during regular hours, please call Alex Kezdi at 216-476-9939.  We look forward to welcoming you to this jewel of Hungarian culture on the shores of Lake Erie!

In the meantime we are planning our Fall 2020 programming wherein we will explore various topics of interest.

Mr. Hegedüs comes to speak at the Museum from Toronto, Canada. His many years of studying and speaking on Hungarian historical topics make him a compelling speaker on this subject.

2020 marks the 100th anniversary of the Treaty of Trianon, a treaty that dramatically changed the lives of post WWI Hungarians. István Hegedüs will discuss the terms of the peace treaty and why the victorious allies felt the treaty terms were warranted. He will also touch on the historic background of ethnic tensions within the Kingdom of Hungary and what effect the Treaty had upon the political situation in Hungary between 1920 and 1945. No discussion of the Treaty of Trianon would be complete without assessing its impact on the Hungarian minority populations currently residing in the successor states carved out by the Treaty, focusing from 1945 up until the present day.

This program will include the opening of a special exhibit on the Treaty of Trianon, curated by Andrew Lázár. 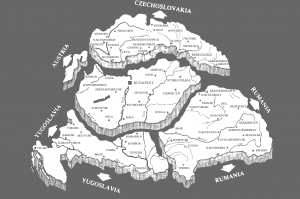 Franz Lehár is widely considered the leading operetta composer of the 20th century.  His operettas included lush melodies, drama, light-hearted comedy, dance and lavish staging, and with their increasingly high musical caliber, his final works were closer to opera than to operetta.  His mega-hit, The Merry Widow (1905), enjoyed such unprecedented success that by 1910 it had been performed over 18,000 times in ten languages, and over a century later, it remains one of the classic operettas still performed all over the world.  Lehár also composed operas, sonatas and other musical pieces. Andrea Lazar has a vast knowledge of Hungarian music and composers thus making her the ideal person to share with our audience the life and music of this iconic composer as we celebrate the 150th anniversary of his birth.

November’s program will be announced at a later date.

Please save the date!

The 2020 Hungarian Wine Tasting will be held on Saturday, October 24th.

Please plan on joining us for this wonderful opportunity to support our Museum. 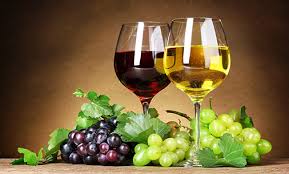 Featuring stories, arts and crafts, and various age-appropritae activites, the Program aspires to teach children about Hungarian culture and history.

All lectures are in English unless noted, and are held at the Hungarian Heritage Museum, in The Galleria, Lower Level, Downtown Cleveland,

with coffee and refreshments following each presentation.

On these days the Museum is open from 1-4 pm;  $5 parking is available in the Galleria underground garage.

Suggested donation: $10 for adults and $5 for students.

A viszontlátásra!!!! See you soon!!

Please accept our Invitation to Become a Partner in the New Beginning Campaign of the Cleveland Hungarian Hungarian Society and its Museum to support our inspirational exhibits, acquisitions of significant works of art and educational and enjoyable programs that inspire the appreciation of art.