The Cleveland Hungarian Heritage Society held its Vintner Dinner on October 17, 2015. This event has been a tradition for the past nineteen years, and was held at the Bethlen Hall of the First Hungarian Reformed Church. The goal of the Vintner Dinner is to support the Hungarian Museum and through it, its mission, which is to preserve and disseminate Hungarian culture in Cleveland. 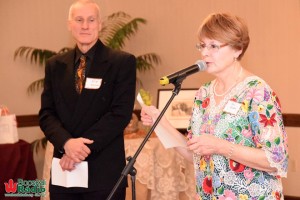 George Kozmon, Master of Ceremonies,  started off the ceremonial dinner with the introduction of Ms. Éva Szabó, president of The Cleveland Hungarian Heritage Society. In her opening speech, Éva Szabó expressed her gratitude to all those present for their participation and continued support, promotion and preservation of our culture. She was succeeded by Mr. Ted Horvath, who gave a recap of the New Beginning Campaign, starting in 2015 and ongoing for five years, to ensure the sustainability of the Museum’s future. 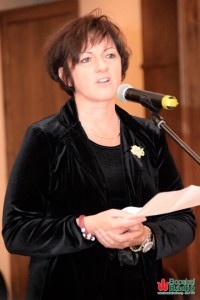 Another high point of the evening was the presence of Fr. András Mezei. He said the invocation before the dinner. Mr. Elemer Meszaros, member of the Board of Cleveland Hungarian Museum, described the wine specialties of the evening such as Gere Attila Winery’s Olaszrizling and Cabernet Sauvignon from 2012 vintage, Mátyás Szőke Winery’s Szőke Mátyás Királyleánykája from 2014 vintage, and Vylyan Winery’s Vylyan Pinot Noir from 2009 vintage. The dessert wine was Füleky Pallas Tokaji Late Harvest from the 2012 vintage. 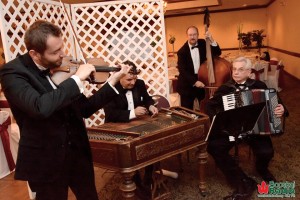 The Harmonia Band with their lively and entertaining music was responsible for the good atmosphere while people enjoyed the excellent Hungarian wines and exquisite Hungarian food. Many braved the dance floor to various tunes of the Viennese Waltz, the Tango, and the Magyar Csárdás played by the Harmonia Band. Hungary’s Kőrösi Csoma Sándor scholarship recipient Török Dancsó Ádám entertained with the flute, with a few numbers from Mr. Pál Pista.

Winding down the evening was the excitement of the drawing by winning numbers for various beautiful and valued items donated for this event. 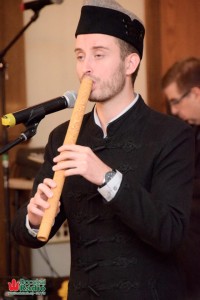 Last but not least, as everyone parted, they had the option to purchase unopened bottles of the magnificent Hungarian wines offered for tasting during the course of the evening. Another enjoyable evening with plans for the 20th in 2016 soon to be placed.

Visit of Hungarian Dignitaries on 9/6/15
The Museum’s Fundraiser, the 2016 Vintner Dinner, was a success!