By Andy Meszaros on September 29, 2022 in Announcements 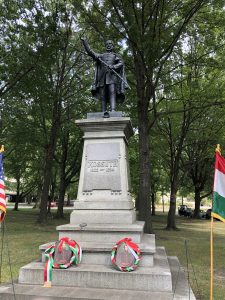 Saturday, September 24th was truly a day of commemoration, as Cleveland’s Hungarian community celebrated the 120th anniversary of the dedication of the statue of Louis (Lajos) Kossuth. The Kossuth Monument stands on Euclid Avenue, close to University Circle and CWRU. Many members of the Museum’s Board of Directors joined the audience on a beautiful early autumn day in celebrating this anniversary of the dedication of this statue. Mr.  Máté Hollós is the great grandson of  the statue’s sculptor, András Tóth, and he was the honored guest at this celebration. Mr. Hollós came from Budapest to share the story of his great grandfather with the Cleveland Hungarian Community. During his visit to Cleveland he was also able to visit our Museum. Procuring a statue of Louis Kossuth for Cleveland was a catalyst for forming the United Hungarian Societies, which has been the umbrella organization for Hungarian organizations in Cleveland since that time. On Saturday evening after the celebration at the Kossuth statue, many members of the Hungarian community attended the banquet held in honor of the 120th anniversary of the formation of the United Hungarian Societies. The Cleveland Hungarian Heritage Society and Museum is a member of the United Hungarian Societies.

On Tuesday, September 27th, Her Excellency, Katalin Novák, President of Hungary, visited the Kossuth Statue, and placed a wreath at the foot of the statue as she paid tribute to the spirit of democracy as exhibited in the life of Louis Kossuth, the 19th century Hungarian patriot. She was joined by Mayor Justin Bibb of Cleveland who also greeted those in attendance. 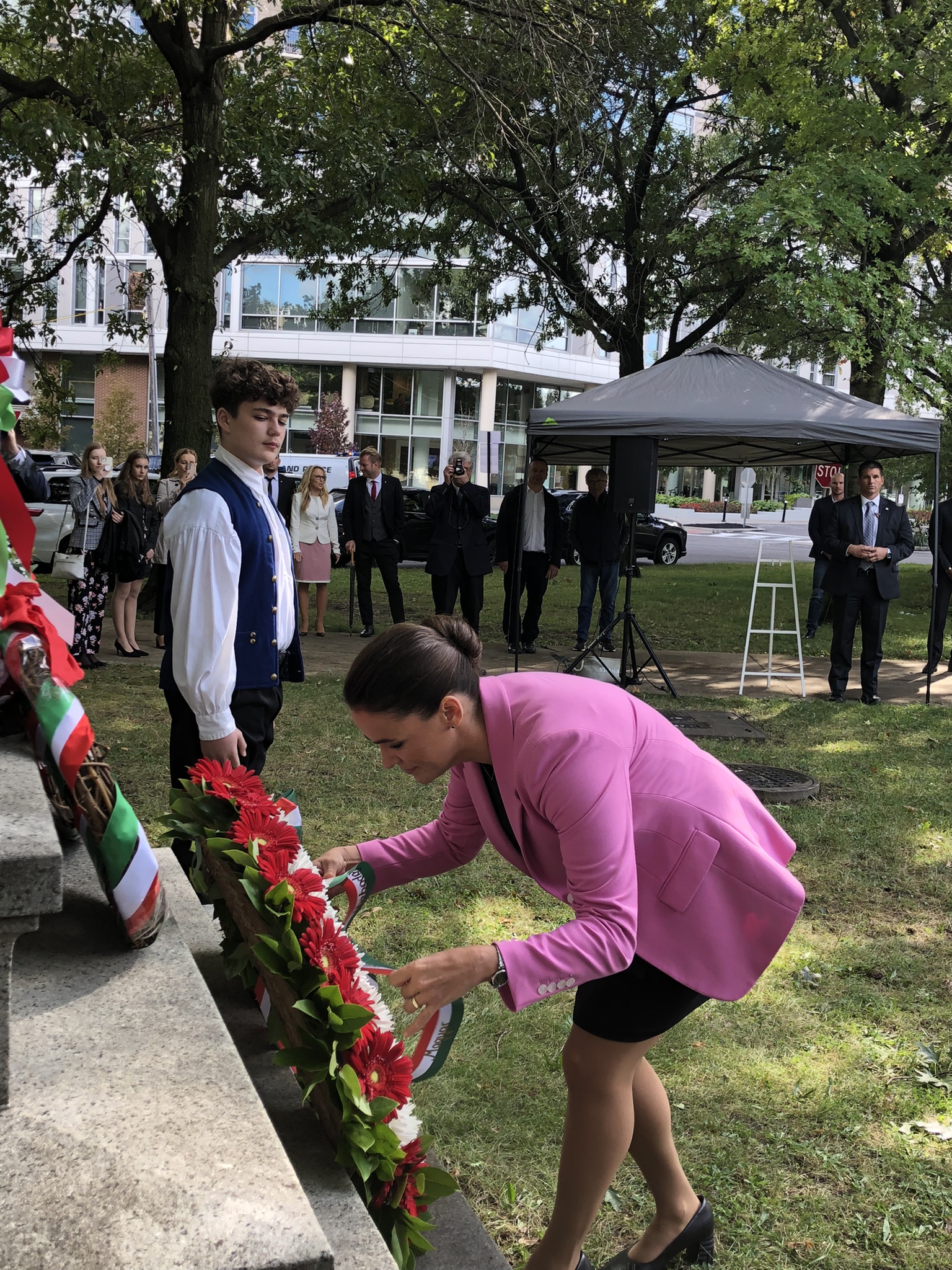