By Andy Meszaros on January 6, 2015 in Programs 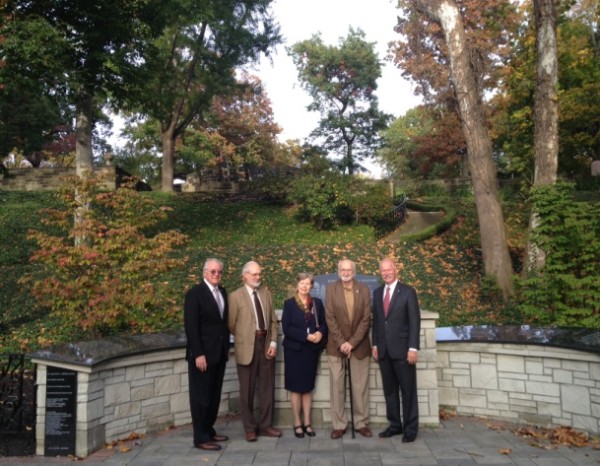 Visit to the Hungarian Cultural Garden with Ernie Mihály

Dr. János Csák, Hungarian Ambassador to Great Britain from 2010-2014, was the CHHS guest the weekend of October  18-19.  Saturday and Sunday included tours of various parts of Cleveland showcasing those areas where there are Hungarian landmarks, such as the Buckeye Road neighborhood and St. Elizabeth of Hungary Church, the Hungarian Cultural Garden and the Kossuth statue near University Circle. Valeria Rátoni-Nagy, as President of the United Hungarian Societies,  organized the annual memorial program for the 1956 Revolution where Dr. Csák was the keynote speaker.  The program was well attended, with many member organizations represented. Members of the audience were eager to speak to Dr. Csák at the reception.

Dr. Csák’s speech touched on many items.  He reviewed some of the after-effects within Hungary of the 1956 Revolution, and the Kádár government’s response to it. He spoke of the fact that when the Revolution started and there was no help from America as promised, the people were greatly disappointed. Dr. Csák noted that the 1956 Revolution was not only a Hungarian event but a world event.  History books in many parts of the world mention the Revolution in their texts and its ripple effects were felt throughout the world. 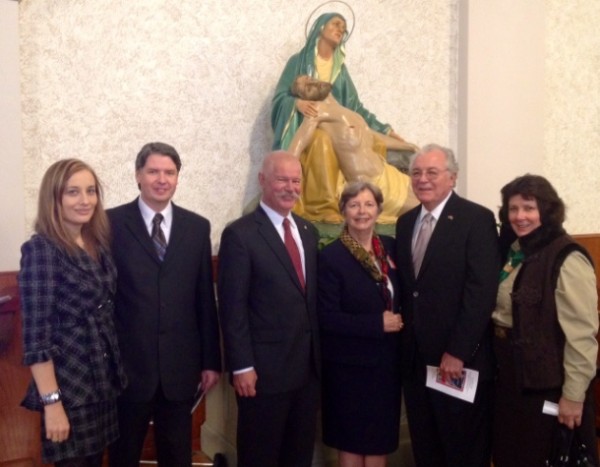 Dr. Gergely Gulyás speaks at the Museum
Education in Hungary after 1989