The Cleveland Hungarian Museum invites you to join us on Saturday, October 10th
at 2 p.m. for
Part II of our Series on the the Treaty of Trianon,
Presented by Professor Dr. András Ludányi

Professor András Ludányi will provide specific details on the Treaty itself; he will summarize the devastating demographic, cultural, economic and political losses following Trianon and its consequences for all of Europe. His analysis will compare the major phases of the consequences during the inter-war nationalist period, the Stalinist and post-Stalinist communist period and the present phase since regime change in 1989-91. The intent of this lecture is not to agonize over the past but to provoke a re-thinking about the entire region’s interests and future. 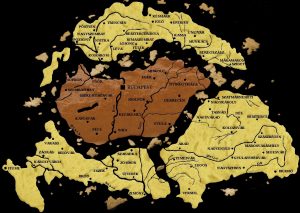 Dr. Ludányi will give the lecture from his home in Budapest, through Zoom.

Dr. András Ludányi taught at Ohio Northern University in Ada, Ohio, and retired in 2008. He specializes in Comparative Politics and International Relations. His research has focused on inter-ethnic and inter-nationality relations in East Central Europe and the United States, with particular attention on developments in Transylvania and Voivodina. He has published numerous articles and reviews and edited four books in his research area. He received the “Köztársasági Érdemrend Kiskeresztje” (Order of Merit Small Cross from the Republic of Hungary)  in 1992 and the „Magyar Érdemrend Lovagkeresztje” (Hungarian Knight’s Cross) in 2019 in recognition of both his scholarly and organizational work. Dr. Ludányi was also co-founder of the Hungarian Communion of Friends (MBK/ITT-OTT) and associate editor of its journal and yearbook from 1967 to the present. He has continued his active scholarship through the Nemzetpolitikai Kutató Intézet (Institute of National Policy) in Hungary.

The ZOOM link will be sent one day prior to the presentation to those who completed the RSVP. We will have time for Q and A.

Join us for this virtual program! Do not hesitate to contact us if you have questions or comments.

See you soon! A viszontlátásra!

Our first program of Fall 2020 will be on September 12th!
November’s Trianon Program will feature contemporary personal stories